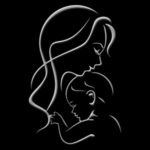 Hi there. My name is Leona. Being a traveler and explorer by nature, I did not embark on my own path to motherhood until my 40s. After several trials and tribulations, I had my son via IVF in 2013. I never met the “right” partner and remained solo throughout the process.

In the 8th month, I was rushed in for an emergency C-section. I briefly heard my child cry as he was rushed out of the room and into the NICU.  The entire event was a chaotic blur from the moments leading up to delivery, the delivery itself and immediately after.  It was a full 24 hours before I could even set eyes on him or touch him. Later, at home, I reveled in motherhood, but mourned for all that I missed. I wanted those moments back and wished someone had been there to document them for me.

I come from a photographic background and studied at the Academy of Art in San Francisco when image development came from the darkroom and the smell of chemicals filled my senses.